Bromley Beacon Academy, our latest SEN school to be completed 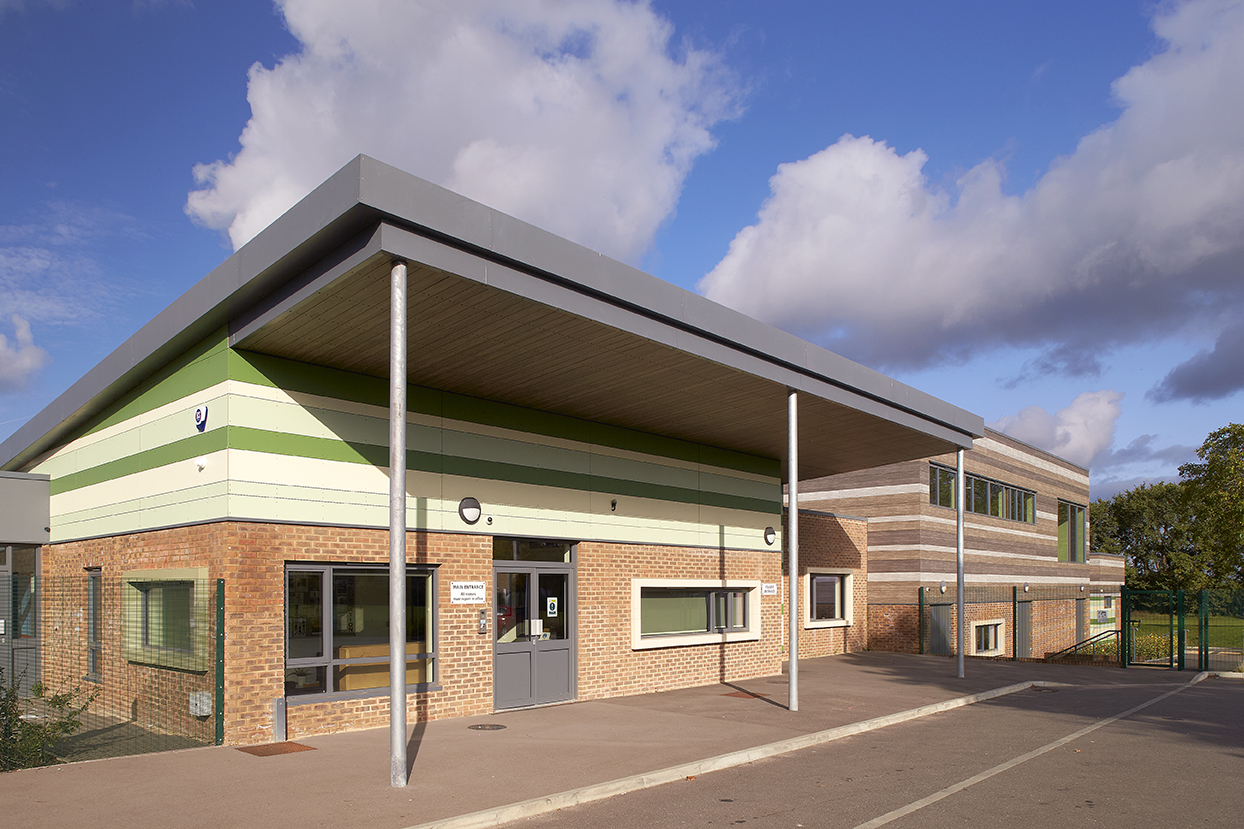 Whilst cladding and fire safety have been some of the most technically challenging aspects of construction in recent years, at Bromley Beacon Academy we have shown how cladding can be used in a positive and transformational way.

Working in collaboration with London Borough of Bromley, Bailey Partnership were initially commissioned to carry out a feasibility study and subsequent planning application to extend and refurbish Bromley Beacon Academy (formerly Burwood School), changing the cohort from KS3/4 boys age 11-16 to a mixed cohort of Key Stage 2 & 3, ages 7-13.

There were many inherent problems including issues with condition and maintenance, physical and visual barriers, poor levels of accessibility, narrowing corridors and areas that created conflict, and poor internal and external environments and external spaces which had left both teachers and pupils at the former Burwood School feeling devalued.

The Local Authority wanted to provide the same opportunities and facilities to the children at Bromley Beacon Academy as in mainstream education and by mixing the cohort this required an in-depth analysis of BB104 and determination of any shortfalls in space arrangements. As a result, a phased approach was adopted to extend the school to nearly twice the size and refurbish the remaining areas both internally and externally.

A new sports hall was constructed with changing rooms accessing the external football pitch and new MUGA enabling opportunities for out-of-hours community use. The school entrance was relocated with wider pupil access and separate parent/visitor access enabling improved safeguarding and security. Corridors were widened with breakout points to relieve pressure areas and remove potential conflict zones and an inner courtyard garden was created to provide an oasis of calm with areas to sit so pupils could reflect and discuss their issues with staff.

Accessibility was greatly improved with a new Hygiene Room and accessible WC, platform lift and level access to the previously inaccessible dining hall. Robust detailing and specifications alongside key fob access controls helped to improve safeguarding for both pupils and staff.

Replacement cladding, windows and thermal elements alongside a new heating system and ventilation created a more conformable internal environment and reassured the pupils that they were valued.

A major concern was how to visually harmonise the new building with the old. The school is located in an open area against a largely natural, verdant backdrop. The decision was made to use plank-shaped panels in a mixture of greens and a selection of natural wood designs to echo its surroundings and achieve a horizontal aesthetic to the structure which now sits happily in its external environment.

“This was an important development for the local education authority and for Bromley Council. Rockpanel was specified for its resistance to fire and vandalism. It also offered the flexibility to use it as external cladding on the new extension and overcladding on the original building, which had to match seamlessly across the whole facade even though the work was carried out in two phases by separate installation contractors.”

Specialist insulation for infill areas and fire-stopping systems were incorporated within the cladding substrate to further ensure the highest fire-safety standards.

The result was a bespoke solution to meet BB104 that delivered a high-quality building which enhances and raises the quality of education provided. Works were completed in phases working around the pupils and staff, taking into account the many particular issues surrounding pupils with SEMH.