A Gateway to Cornwall 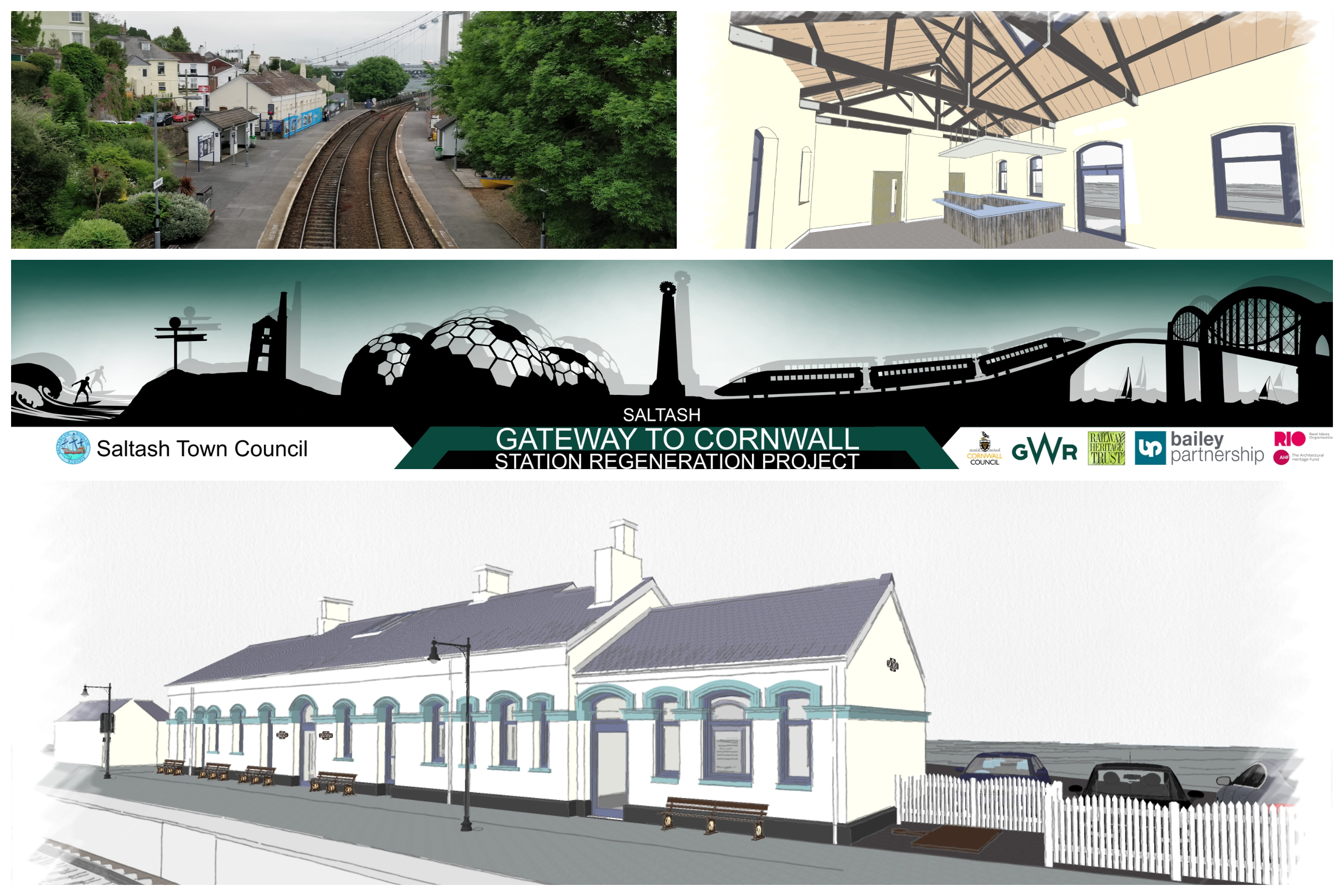 Bailey Partnership are pleased to be working in partnership with Saltash Town Council on proposals to renovate the town’s dilapidated railway station building.

As part of our CSR Commitment in the communities that we work within, we have also been providing support in developing concepts and final artwork designs for a significant 13m long hoarding banner which is visible to all rail passengers as they cross into Cornwall. The artwork, designed by one of our team, is a silhouette of the rail journey across Isambard Kingdom Brunel’s Royal Albert Bridge, over the River Tamar, and through Cornwall to Lands End and the surf of the Atlantic Ocean.

The station building ceased being used as a train station and was sold off by Network Rail in the mid 1990s. Since then the site transferred ownership several times until, in 2017, Saltash Town Council purchased the site with a view to bring this prominent building, at the ‘Gateway to Cornwall’ back into use for the benefit of rail users as well as the residents, businesses and visitors to Saltash and South East Cornwall. The station is seen locally as a key regeneration opportunity and has significant local support.

A planning application (see PA18/05319) has been submitted to Cornwall Council for the sensitive refurbishment and partial rebuild of the long neglected Train Station to provide improved rail patron facilities including; WCs, waiting room, a flexible open plan space with cafe/coffee bar and potential office space. The intention is to open up the space, exposing the  previously concealed king post trusses and timber close boarding. Externally, there are proposals to reinstate original GWR railway heritage features such as spearhead fencing, station signage, benches and an entrance canopy using the original gallows brackets.

The project is being partially funded through grants from various organisations including Cornwall Council, Great Western Railway, The Rail Heritage Trust and the Architectural Heritage Fund. We are also working closely with RIO:The Real Ideas Organisation and Network Rail.

Bailey Partnership are providing full a multi-disciplinary service for this project, including our in-house Town Planning and Historic Buildings Consultancy.

If you are planning a project that could benefit from our advice, then please get in contact with us.